Drugs and Everest are virtually the height of contradiction. The former epitomises negativity, doom and darkness, while the later signifies positivity, victory and heroism.

Let us be honest. Today, we live in a world where summitting Mt.Everest has become a
symbol of pride, vanity and arrogance. I am compelled to quote Pablo Figueroa’s no
hold’s barred article entitled – “Vanity, Polution and Death on Mt.Everest”, wherein he
quotes, “Ninety percent of contemporary Everest climbers are clients who want to “bag”
the top of Everest for selfish purposes. Rather than a noble pursuit, Everest is thought of as
something that needs to be done at all costs, another item to check off in a long list of egoistic accomplishments”.

However, there are still people around in the Himalayas who stand as guardians and torch
bearers of the region’s fragile ecology, culture and traditions like Nepal’s iconic mountaineer, Ang Tshering Lama who has summitted Mt.Everest multiple times, and holds  the mantle of conducting the world’s highest number of rescue missions on Mt.Everest in 2017.

A small number of indigenous Sherpa mountaineers have lately begun to usher in a fresh dimension when it comes to summiting some of the world’s highest peaks. They are summiting with a Sankalpa (a vow), and try to take noble messages across to the summit-top, some of which include cleaning up garbage on mountains, generating awareness about social evils like drug addiction, human trafficking, human rights issues and global warming to name a few.

I have known Ang since my childhood days in India’s remote North Eastern state of Assam. We grew up together in a boarding school – (Carmel Residential School) in the quaint Assamese town of Tezpur.

Ang’s passion to safeguard and preserve the fast vanishing Sherpa culture from the Himalayas is legendary. Be it his rescue missions during the 2015 Nepal Earthquake, rebuilding remote Nepalese villages or guiding an all-widow team to the top of the world, Ang has contributed immensely through his philanthropic bent of mind.

He epitomises the quintessential Sherpa Pride. Tell me how many mountaineers go to summit Mt.Everest keeping in mind the cause of humainty? Barely a few!

With the kind of mindset that Ang has, he is always looking for a good cause. His last incredible campaign on top of Mt.Everest involved guiding and mentoring a former drug addict – Wangda Sherpa all the way to the top with the message “Say No To Drugs” in May 2019.

Legends have this uncanny knack of identifying opportunities in hopeless situations and Wangda Sherpa’s remarkable turnaround from a drug addict to an Everest summiter is largely due to the mountaineer extraordinaire – Ang Tshering Lama’s inventiveness and visionary ingenuity.

Wangda’s metamorphosis from a hard core drug addict into a world class mountaineer is the stuff of Hollywood thrillers. Born in the Himalayan kingdom of Bhutan, Wangda lost his father early in his childhood. His mother subsequently decided to migrate to neighbouring Nepal where he was raised.

Those were difficult days, with Wangda’s mother having to bear the financial burden of running the family. Wangda was growing up as a teenager and decided to follow in the footsteps of other Sherpa bretherns of his ilk – mountain and trekking guide.

But somewhere in between he accidently slipped into the dark alleys of drug addiction – indulging in Heroin, Nitravet and what have you. In and out of rehab he would be, only to relapse again! Nothing was working for him. This painful phase in Wangda’s life is best fathomed in his hugely popular Facebook page campaign “Walk With Wangda” thus – “The journey of recovery began when he realised he could not afford the addiction any more. One day he woke up in the dark with severe pain and thought he was really dying.But he lived, and eighteen months later, he summited Mt.Sagarmatha (Everest).”

All through Wangda Sherpa’s incredibly beautiful journey, the one person he always banked upon in terms of emotional and logistical support was Ang Tshering Lama – the iconic Nepalese mountaineer who it seems, has made it a habit of sorts to summit Mt.Everest with one incredible idea after another and each one for the betterment of humanity, each one with a noble mission and of great significance to humankind!

In today’s Nepal, Wangda is a messiah for the drug addicts, a living inspiration and his superhuman efforts in the world of mountaineering has meant that in contemporary Nepal – which still is a closed-door, conservative country – discussions on drug addiction are out in the open.

If BBC reports are anything to go by, Nepal is sitting on the verge of an explosive drug culture that could be detrimental to future generations of Nepalese youths. According to BBC News Kathmandu, “Nepal, as a picture-postcard tourist destination, attracts hundreds of thousands of tourists, most of them from Europe and the US. There are increasing concerns that drug traffickers are using the surge in travellers to deflect attention from the trafficking of drugs through Nepal”.

That is not the only problem that the Himalayan nation is facing in its fight against drugs. Some experts say that the growing problem of drug abuse in Nepal is more serious than the trafficking through the country. They warn that increasingly students are taking marijuana, hashish and synthetic drugs such as diazepam and buprenorphine. Heroin, known as brown sugar, is also becoming popular with Nepalese youth.

Being a youth icon, Wangda has devised an innovative road map for those addicts who want to give up addiction and embrace a more fulfilling, purposeful and blessed life. Already, he is inviting addicts to come and join him on climbing expeditions and treks to some of the most beautiful parts of Nepal, all the while counselling them and offering them with significant wisdom that he himself has gained through his pursuits as a mountaineer.

Those associated with Wangda’s mission to clean up Nepalese society from the scourge of drug addiction know fully well that the government alone can do very little in terms of eradicating this monstrous menace.

Thus, he is making the campaign truly therapeutic by tapping into the Himalayas’ natural bounties – snow covered peaks, virgin forests and miles after miles of trekking paths that would take his wards on a journey of discovery and place them face to face with some of the most stunning landscape panorama imaginable on Planet Earth. In his own words –  “No judgements, no distractions—just the tunnel-vision focus that climbing requires,” he explains. The peace, meditative calm and effort of the physical activity, is also what he believes has helped him and can help many other addicts recover”.

According to M.B. Poudyal Chhetri from the Department of Drug Control, Ministry of Home Affairs, Nepal, “The proliferation of drugs all over the world is a tragic reality and Nepal is no exception to this fact. Our study shows that more than 90 percent of the total drug addicts in Nepal have started using drugs prior to the age of 16. The large numbers of drug addicts have been found to be between the ages of 16 to 20.The abuse of drugs has led not only to drug addiction but also to the incidence of HIV/AIDS, hepatitis B, and other sexually transmitted diseases (STDs).

As a responsible travel media professional used to promoting exotic destinations, great hotels and resorts, the phenomenal explosion of drug addiction in Nepal – easily one of the world’s most preferred snow & mountain tourism destination – has come as a huge shock and it seems imperative to implement effective drug abuse prevention programs alongside generating public awareness programs through NGOs involving local communities.

The cry of desperation of Nepalese mothers who have lost their sons and daughters to drugs is aptly summarised by an emotional Wangda himself, who states, “I see young boys struggling with addiction, lost in their lives. I see myself. When an individual is diagnosed with cancer, they are treated with kindness, compassion and understanding. Cancer patients are not cut off by their families or judged for being ill. This is how it should be for addicts trying to recover, as well,” he says. “Unfortunately, this is not the case.”

As a Travel Journalist, I do not want Nepal, which in the 1970s shot into international limelight for being a hub for hippy travellers and their indulgence on drugs to again fall back into that negative zone. It took years for this astonishingly beautiful Himalayan nation to get rid of drugs and the resultant doomsday-like reflections at the altar of world tourism.

Go Wangda go! I am with you.

People and organizations interested in sending “Mission-specific” summits on not just Mt.Everest, but also other 8000 mts. peaks can seek logistical support from Angs Himalayan Adventures – an exclusive moutaineering company run and administered by the legendary mountaineer Ang Tshering Lama himself. AHA has a team of unmatched Sherpa climbers, who have years of experience under their belt.

They have guys like Wangda Sherpa to guide prospective mountaineers on those treacherous slopes deep into the Himalayas.

For further reservations on Mission-specific climbs and summits, please feel free to get in touch with – 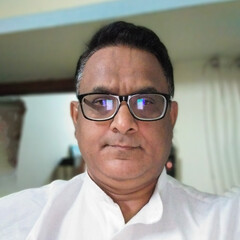 Subhasish Chakraborty has been working as a travel journalist for the past two decades and has been editorially involved with numerous international in-flight magazines of renowned airlines like Cathay Pacific, Dragon Air, Bhutan Airlines, Air Asia, Airport Authority of India and many more. He was also involved with the UNWTO (World Tourism Organization) as a consultant.